DCI projectors are projectors that are used in cinemas. Since current cinema films are distributed with digital encryption, special servers are connected to the projector, which then decode the image and audio signal.

Basically, cinema projectors are (almost) the same as event projectors. The main difference is the direct connection between server and projector. DCI projectors also have higher colour rendering requirements to meet the DCI standard. They possess additional security features to prevent the theft of content.

DCI stands for Digital Cinema Initiatives and is the umbrella organization of American film studios. Its mission is to establish and to implement DCI standards for digital cinema. The association was founded in 2002 and is now the industry standard for digital cinema. The idea is to create a standardized approach that requires a certain quality and unifies distribution and playback. The technology has changed since the introduction of the first Digital Cinema projectors and standards have improved. This is shown by the classification of projectors with series 1, 2, 3 and 4.

DCP stands for Digital Cinema Package and is a collection of digital files that is used to store and transmit audio, image and data streams in digital cinemas. The file format makes it possible to play another audio track (e.g. in another language) without any problems, without it being firmly integrated into the film, just like subtitles. DCP files can be played back on VLC player. The difference to cinema playback, is that the file is encrypted and requires a KDM for playback. In addition, a certain hardware standard is required to ensure smooth playback.

Basically, each series is sufficient as long as the projectors are in good working order. However, it is always advisable to consult a film distributor in advance. Newer series offer better playback for content with a high frame rate, which also enables better 3D experiences. Newer projector series also offer upgrade options that make your device more future proof.

What do I need to bring a current feature film to the screen?

In addition to the DCI projector and the corresponding DCI server (also known as an IMB-integrated media block, which is built into the projector as a plug-in module), you need a communication server or a standard PC to get the films onto the DCI servers. These are either delivered on a rental hard disk or made available via E-Delivery (as a download) and have a limited lifespan. Each film is encrypted for a special DCI server / projector (via KDM). The hardware must therefore be registered beforehand. The playback key (KDM) is specially configured for your hardware. The KDM is supplied by your film distributor. The sound processor decodes the sound for playback, which in turn sends a signal to your sound system. The sound system should also meet the DCI standards to ensure that all viewers in all cinemas hear and see the same (harder said than done, see).

The DCI server decrypts the audio and image files from the film distributors.

Both the projector, the screen and the sound system have to be calibrated. The projector calibration of the colors is done with a spectrometer. The screen must have the correct size and gain factor for the room, screens for cinemas are usually perforated to allow sound to pass through them (as the center speakers are placed behind the screens). The sound system has to be adjusted in frequency and volume to the conditions in the room.

In order to ensure a permanently satisfied user experience, this should be done or checked at regular intervals.

The latest movies require a DCI projector that can decrypt the encrypted movie file.

We want to help companies and individuals understand and master the complex world of cinema projection by reducing market entry barriers through cost effective, refurbished products with warranty.

We have already gained initial experience with international customers who are successfully using our DCI products in outdoor cinema, for example. In addition, we are distribution partners for Airscreen and Barco. 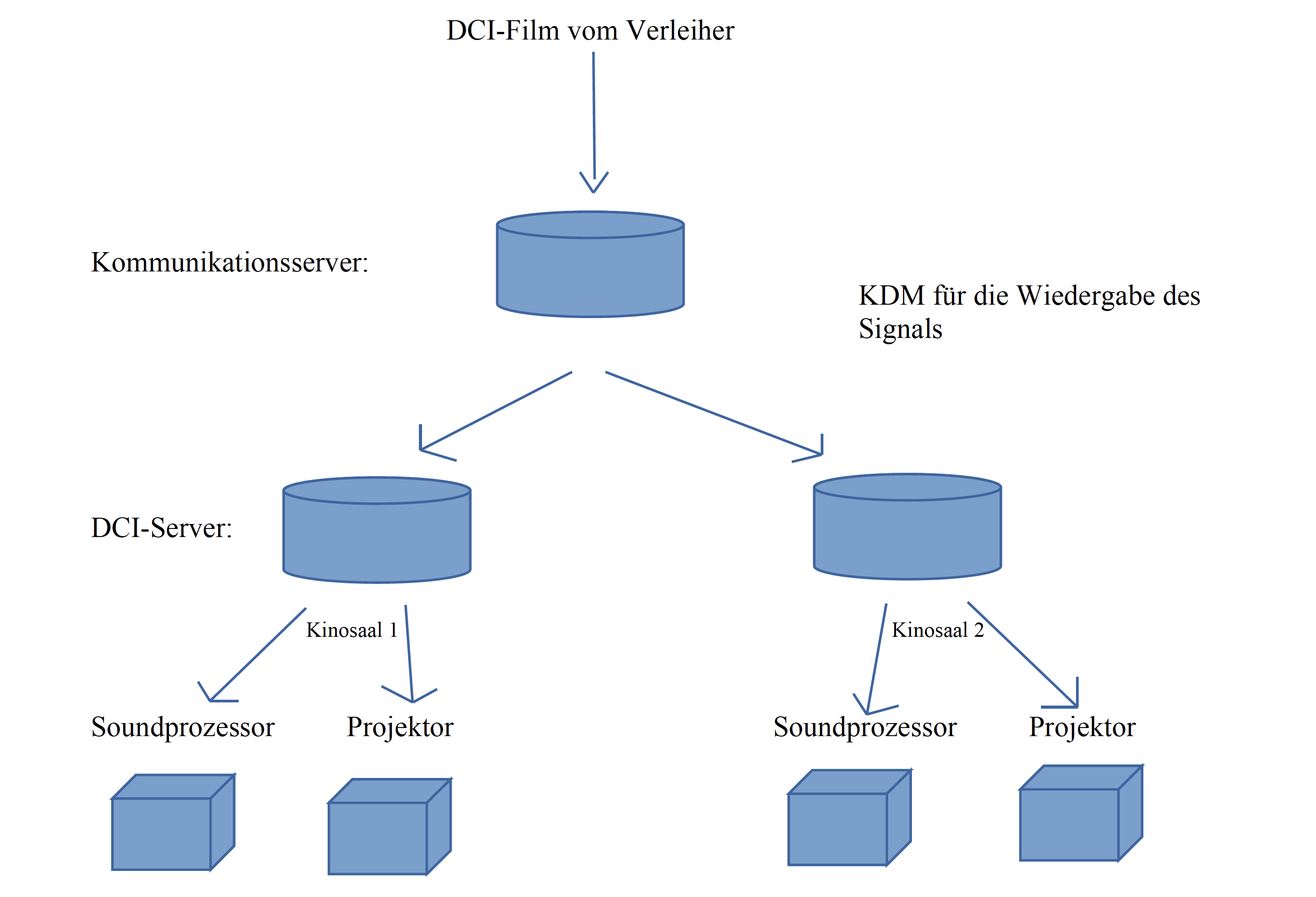